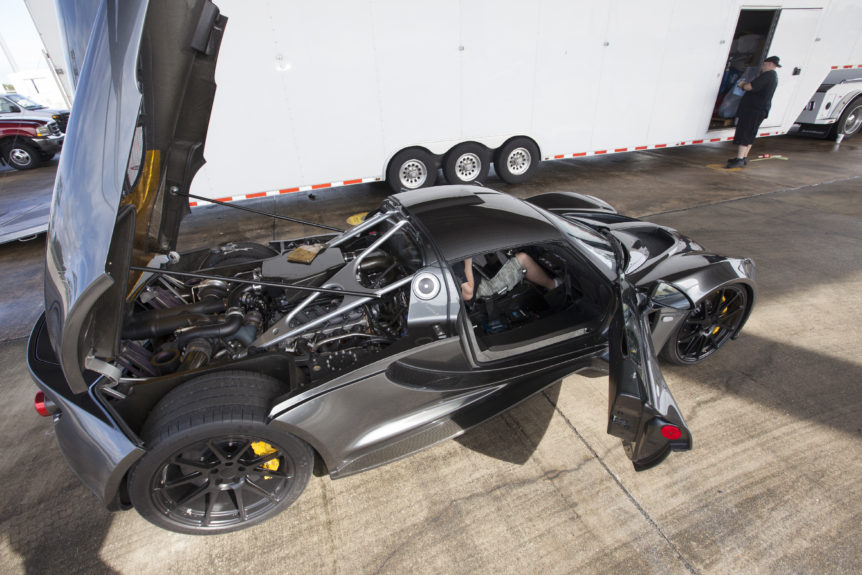 A major name in automotive development brought one of his exotic vehicles to the 3.5-mile-long runway at NASA’s Kennedy Space Center in Florida recently to evaluate its aerodynamics and to see how the car would handle throughout its performance range.

“You can have the smartest engineers and designers, but until you get the car going out there on a runway, you don’t know what the car’s going to do,” said John Hennessey, founder of Hennessey Performance and maker of the Hennessey Venom GT, a high-performance production sports car.

For taxpayers and consumers of exotic vehicles or everyday cars, testing in actual conditions pays off in numerous ways. Technology developed in all aspects of auto making routinely find their way into everyday cars, whether it be increased fuel efficiency or safety gear.

“Almost everything in cars has started in racing,” said Johnny Bohmer, owner of Performance Power Racing in West Palm Beach. Performance Power Racing negotiated a Space Act Agreement with Kennedy in 2011 to perform aerodynamic and other research evaluations at the Kennedy runway. He collaborates with companies like Hennessey to accomplish the testing, too. “It trickles down and all that stuff is information passed on to other people and everything trickles down into passenger cars. You’ve got to push boundaries to get results.”

The Shuttle Landing Facility is one of only about half-a-dozen places in the world that has the kind of room and infrastructure to make test runs safely.

NASCAR and Le Mans teams have also tested their vehicles at the SLF recently. Built for the demands of the space shuttle, the runway is one of the longest in the world and extremely wide. It’s also concrete, so there’s no salt or sand to kick up into the cars as there is at other locations that are often ancient lakebeds or other natural surfaces.

“From a safety perspective, you have a lot more room to negotiate if there’s a problem,” Hennessey said. “You feel like this is really the safest place for what we’ve got to do.”

“When Performance Power asked if they could do some testing with the Hennessey Venom GT, they said they needed to confirm some of the aerodynamic and suspension performance throughout the entire operating range of this production car and that really helps show that there’s no safety concerns which could lead to a potential recall which can be very expensive to the manufacturers,” Cox said. “So that’s really what we approved for the testing activities.”

Like all cars that are tested at Kennedy, the Venom was outfitted with numerous sensors and a raft of electronics to evaluate the machine and conditions in ways that space shuttle engineers would recognize instantly. From GPS antennas to accurately calculate and cross-reference speed and acceleration to sensors in the shocks that gauged the down force on the car as the air moved over it, the Hennessey team put tremendous effort into finding out everything they could about their vehicle.

“The aerodynamics is huge,” Hennessey said. “There’s this balance between down force and stability. We’re trying to balance keeping the car stable and still achieving a speed.”

For Hennessey, the testing also is crucial to validating the safety of the car throughout its performance range.

“Now if somebody goes out in the car and wants to push the car, Hennessey knows the car will be safe,” Bohmer said.

Adjustments tend to be minute and based on feedback from the sensors that show things the driver and team can’t see on their own.

“The data logging that he’s doing, a human can’t pick up,” Bohmer said. “He has to do this because it’s pretty much mandatory if you’re a manufacturer that you know all the parameters. You can’t sell something and not know what it can do.” 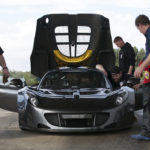 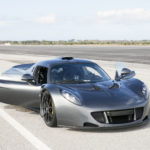 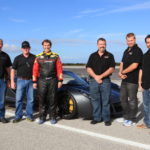 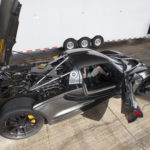