MERRITT ISLAND, FL. (Late Dec., 2015) – Johnny Bohmer Racing (JBR) arrived at the Shuttle Landing Facility (Johnny Bohmer Proving Grounds) to make several test passes to prepare for “The Quest for 300 MPH” record run in 2016. Bohmer was planning to achieve speeds in the 290 MPH range, but due to heavy cross winds (25 MPH Gusts) he was unable to achieve that goal. However while in car testing, Bohmer realized no one has ever gone over 250 MPH in a street legal car with a passenger. “I believe this is surely a first for the automotive community, and a new world record,” Bohmer Said.

So you’re a true adrenaline junkie, right? You’ve tested every major roller coaster, jumped out of airplanes, surfed Jaws on the north Shore of Maui, maybe even ran with the bulls in Spain; but you have NEVER sat shotgun in the “Guinness World Record’s Fastest Street Car” and gone 250 MPH+.

A pioneer, a scientist, and a professional daredevil, Johnny Bohmer is yet the only person on earth who dares drive the “BADDGT” at speeds faster than 1/3 the speed of sound.

After breaking the Official Guinness World Record for the Fastest Street Car in the Standing Mile at the Shuttle Landing Facility (Johnny Bohmer Proving Grounds) in 2012, Johnny Bohmer and his team are working relentlessly to set a NEW World Record by breaking the unimaginable 300 MPH barrier in 2016. By breaking the 300 MPH barrier they will once again create a historical moment in the automotive community. Keep in mind that this is the same Tarmac where most of the Shuttle missions and courageous Astronauts have returned home safely, after traveling millions of miles in unpredictable conditions in outer space. 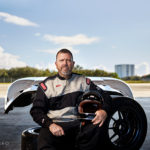 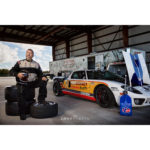 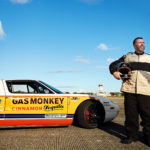 Johnny Bohmer Racing (JBR) would like to thank the following companies for their support: