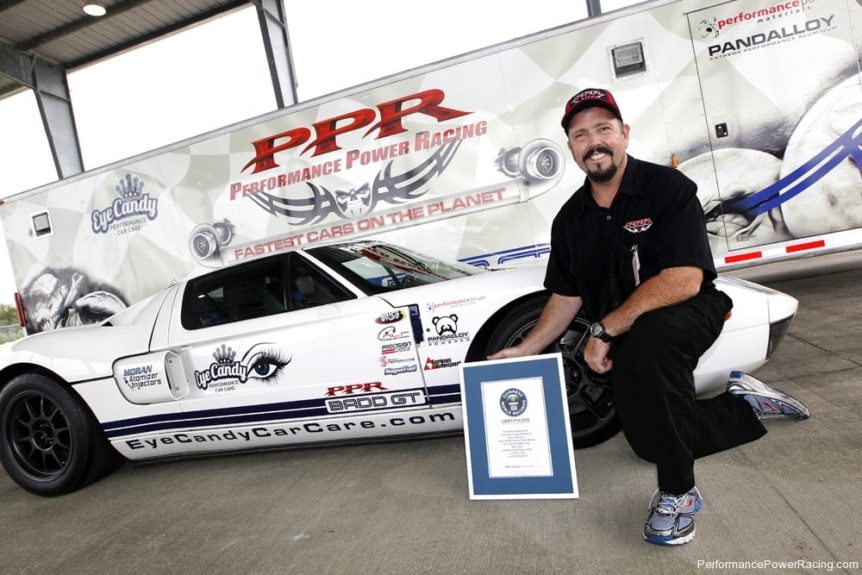 Performance Power Racing reset the record for the fastest standing mile (car) this week at 283.232 mph.

The standing mile is an event in which a vehicle, from a dead stop, accelerates completely through the one mile mark. Parts were specifically designed and manufactured out of Pandalloy for the Ford GT used in the attempt.

“Our entire team has worked very hard to get here and we are proud to be able to put an American car in the record books as the fastest street car in the world.” Mr. Bohmer said about the achievement. “By NASA allowing us access to a one of a kind facility, we are given the opportunity to push the limits of these technologies and explore their benefits. An immense amount of research and development went in to this 3 year project and we are just scratching the surface of where these systems can be utilized outside of the racing arena.”

The run was measured by Tag Heuer timing equipment and verified by officials from the International Mile Racing Association, who recognized the run as a new IMRA world record.